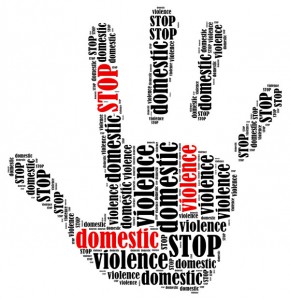 Domestic Abuse Victims Sacrificed on the Altar of Drama

For nearly 30 years I was content to have the Archers on the radio burbling in the background about the day to day life of ordinary farming folk while I got on with my daily life. But since Rob came to Ambridge two and a half years ago, I have found it increasingly hard to tolerate and finally, when Helen stabbed Rob, I switched off for good.

As Helen travelled from adored, self-assured woman to belittled, self-doubting wreck, I felt slightly guilty that I wasn’t able to accompany her.  I’m sure I would have felt the same if the BBC hadn’t conformed to gender stereotypes and the victim had been a man.  During the course of my 25 year career, I have met and empathised with far too many men and women who have suffered domestic abuse, often having tolerated similar or even worse behaviour for far longer. Knowing that things weren’t going to get any better for her, I couldn’t bear to listen to her slow suffocation.

The writers/editors of the Archers justified this slow torture by saying it was consistent with the BBC’s long tradition of public information broadcasting – raising awareness of domestic abuse.   It was very encouraging that there was a 17% rise in the number of calls to the National Domestic Abuse Helpline in February 2016 compared to February 2015, a statistic which the Chief Executive of Womens Aid attributed at least in part to the Archers’ storyline. (The Telegraph 18th March 2016)

However, it was the BBC’s smug self-justification that made me all the more angry when they threw away any pretence of serving the public good with Helen’s melodramatic stabbing of Rob. Until that point, I imagined the slow realisation of listeners that Helen’s experience of abuse mirrored their own, or that of a friend or relative.   Helen’s tentative disclosures to Kirsty and the telephone counsellor gave me hope that Helen would show those listeners that there was a way out of this trap, that she could break free and that life wouldn’t collapse around her ears a result. Instead, the message sent loud and clear by the Archers is that the only way out of an abusive relationship is to stab the perpetrator – and then life as you know it will be completely destroyed and everyone you know and love will be taken from you. Can you understand now why I inwardly howled with anger and switched off for good?

Read on if you want to know what the message to victims should have been.

Start by telling yourself. Imagine what you’d say to a friend if they were going through what you are.

Telling someone else will make you realise that it’s not just in your head. You should not be putting up with abuse.

If you can’t bring yourself to tell someone you know, sometimes speaking to a stranger can be easier. Phone a support line such as North Staffs Arch on 01782 205500  or the National Domestic Abuse helpline on 0808 2000 247.

If you phone me (01782 937434) I can talk you through the legal options for ending the relationship and protecting you and any children from further abuse.   Unless there is a risk of imminent harm, what you tell me is confidential.

People don’t see what goes on behind someone else’s front door. The picture of family life presented to others can be in complete contrast to the reality. This is why even friends and family don’t see what’s going on. (more about this in Part 2)

The sense of embarrassment can be particularly strong for men. The stereotypes of male and female behaviour and characteristics make it difficult for men to admit they are being dominated or abused.

Love means you want to believe their repeated excuses or apologies. But apologies are meaningless if they don’t follow them up with action. They have to want to change themselves. (more about that in part 2)

5.  It will get harder before it gets easier but in a year’s time, you look back and be glad you made the break.

Much of what I do is about helping people escape abuse and regain control of their lives again. Once you send a very clear signal that you are not putting up with abuse any longer, this can provoke an angry reaction. Often the point of departure can be the most dangerous time. Speak to me or another adviser or support worker to plan as much as you can beforehand. If need be, we can go to court without giving notice to your partner so that you have the protection of the law before he/she finds out the relationship is over.

6. The majority of people who abuse their partner are cowards who will back off if you involve the police and courts.

If you think your perpetrator is one of the very small minority who does not care about the authorities trying to stop him and might kill you, you might have to leave your home. Not a great option and only a last resort but it’s better than putting up with the abuse indefinitely.

8.   You can break free, without stabbing someone.

Ann McCabe is the sole owner.

Manage Cookie Consent
To provide the best experiences, we use technologies like cookies to store and/or access device information. Consenting to these technologies will allow us to process data such as browsing behaviour or unique IDs on this site. Not consenting or withdrawing consent, may adversely affect certain features and functions.
Manage options Manage services Manage vendors Read more about these purposes
View preferences
{title} {title} {title}